Jan I. Carlsson, Advisory Board Member 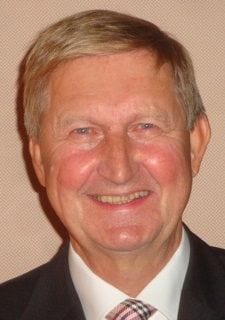 Jan I. Carlsson, Advisory Board Member

After graduating with a Masters degree in Political Science and completing university studies in Business Administration and Behavioural Sciences, Jan I. Carlsson joined the Unilever Group in Sweden in 1968. During his 15 years with Unilever he held several positions in personnel in the Group’s operating companies at a national and international level.

In 1972 and 1973 he worked on remuneration and company structure assignments at the Unilever Head Office in London. Between 1973 and 1981 he was Personnel Director of a Unilever Food Company in Sweden, and from 1979 was also its Technical Director. From 1981 to 1983 he was the National Personnel Director for Unilever in Sweden.

In 1983 he joined the Tetra Pak Group as Senior Vice President Personnel and became a member of the Corporate Group Management Team, based in Lausanne, Switzerland.

From April 1992 until September 1994, Jan I. Carlsson worked part-time as Senior Vice President Personnel of the Tetra Laval Group, which was formed after the merger of the Tetra Pak Group and the Alfa Laval Group. During this period he also ran his own Management Consulting Company, InterAction SA. He gave up that activity in September 1994 to resume the position of Senior Vice President Human Resources of Tetra Pak and Tetra Laval until 2003.

GO BACK TO ADVISORY BOARD